DLV is a modular, interactive, open-ended artwork I made in 2013, consisting of several hundred wooden components which can be assembled together in many different ways. I first exhibited it as part of the final show for for the Crawford School of Art & Design fine art masters program. It was designed over the course of several months, and each piece was individually cut with a band-saw  and assembled by hand. 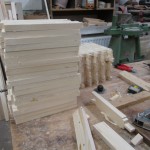 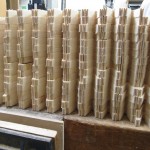 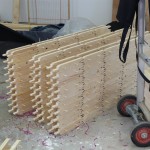 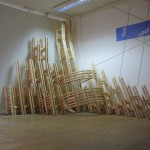 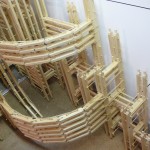 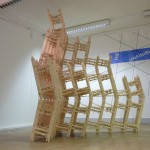 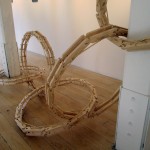 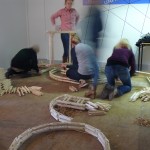 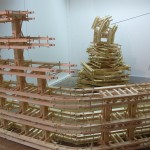 The piece reappeared in 2014 in the Cork Film Centre Gallery, Ballincollig, as a collaboration with Cork-based artist Cassandra Eustace. I made a dome-like structure from the components, and Cassandra projected a moving image piece onto and through the structure, and added additional reflective elements. In the fully light-proofed gallery this made for a very fluid and dynamic installation. 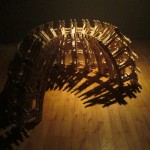 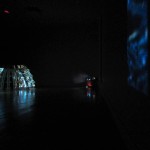 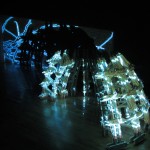 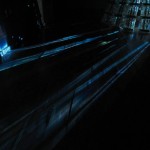